According to ASCE, “A low head dam is a manufactured structure, built in a river or stream channel, extending fully across the banks. A low head dam is designed and built such that water flows continuously over the crest from bank to bank. If water levels rise downstream, a submerged hydraulic jump can form which produces an upstream directed current that traps any recreationist who might go over the dam.“

Low head dams are often colloquially known as “drowning machines” (link courtesy Iowa DNR) due to the hazard they pose to swimmers, kayakers, and other recreationalists, who may not recognize the structures or be aware of the turbulent currents they can cause, which are extremely difficult to escape.

Stay out of the Drowning Zone. Source: Iowa Department of Natural Resources

There were 111 reported deaths due to incidents caused by low head dams nationally just between 2018 and 2020.  2021 unfortunately brought another 38 drowning deaths at or near low head dams, with 2 of those occurring in Indiana (according to the Association of State Dam Safety Officials). Low head dams have frequently played a role in deaths and injuries along Indiana waterways – From 2010 to May 2020, the state of Indiana documented 25 deaths near or at low head dams, with at least 17 people injured and 50 rescued at dams of all types.

Click here to see a short documentary on the hazards of low head dams in Indiana and elsewhere from local public television station WFYI – “Over, Under, Gone: The Killer in our Rivers.”

Can you spot the potentially deadly low head dam in the first of the following two photos? 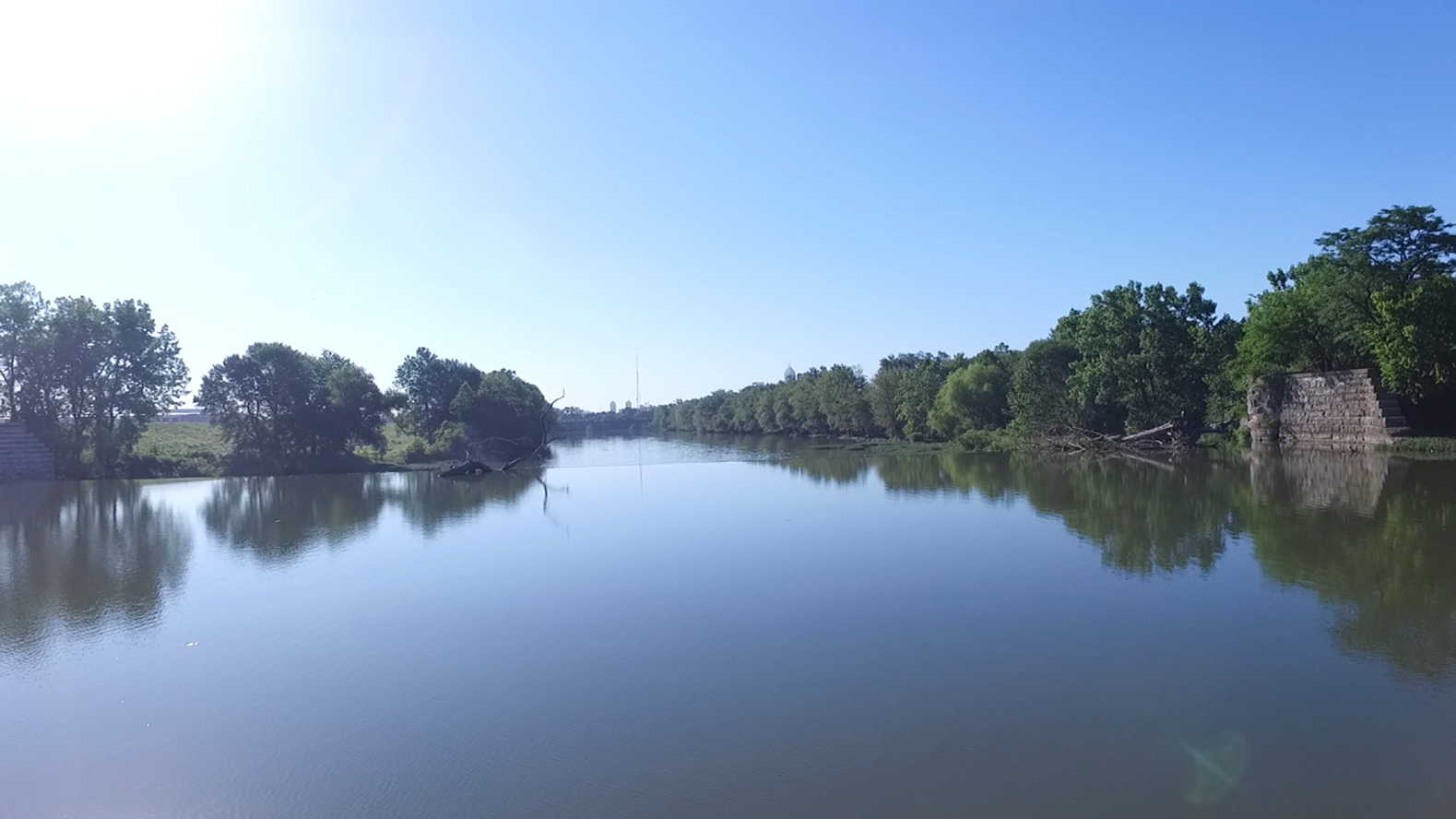 Upstream side of a Low Head Dam

Downstream side of a Low Head Dam